1st Blue: Every attempt will be made to have this completed prior to 6am for the morning rush and prior to 4pm for the evening rush. Although, this may not always be possible, it will be the goal. The plows will make every effort possible to be off of the Access Rd during the “open” hours of the Hwy 34 closure.
2nd Green: Plowing may begin before the snow depth reaches six inches, but never less than four inches.
3rd Red: Upon completion of the Main Roads and once snow depth exceeds six inches, all secondary roads will be plowed.
Drifting: Snow drifts on any road will be plowed regardless of priority status. Please advise the PID and post to the Storm Mountain email list (stormmountain@groups.io) the location of the drift. The PID board will monitor the Storm Mountain email list during a snow event. 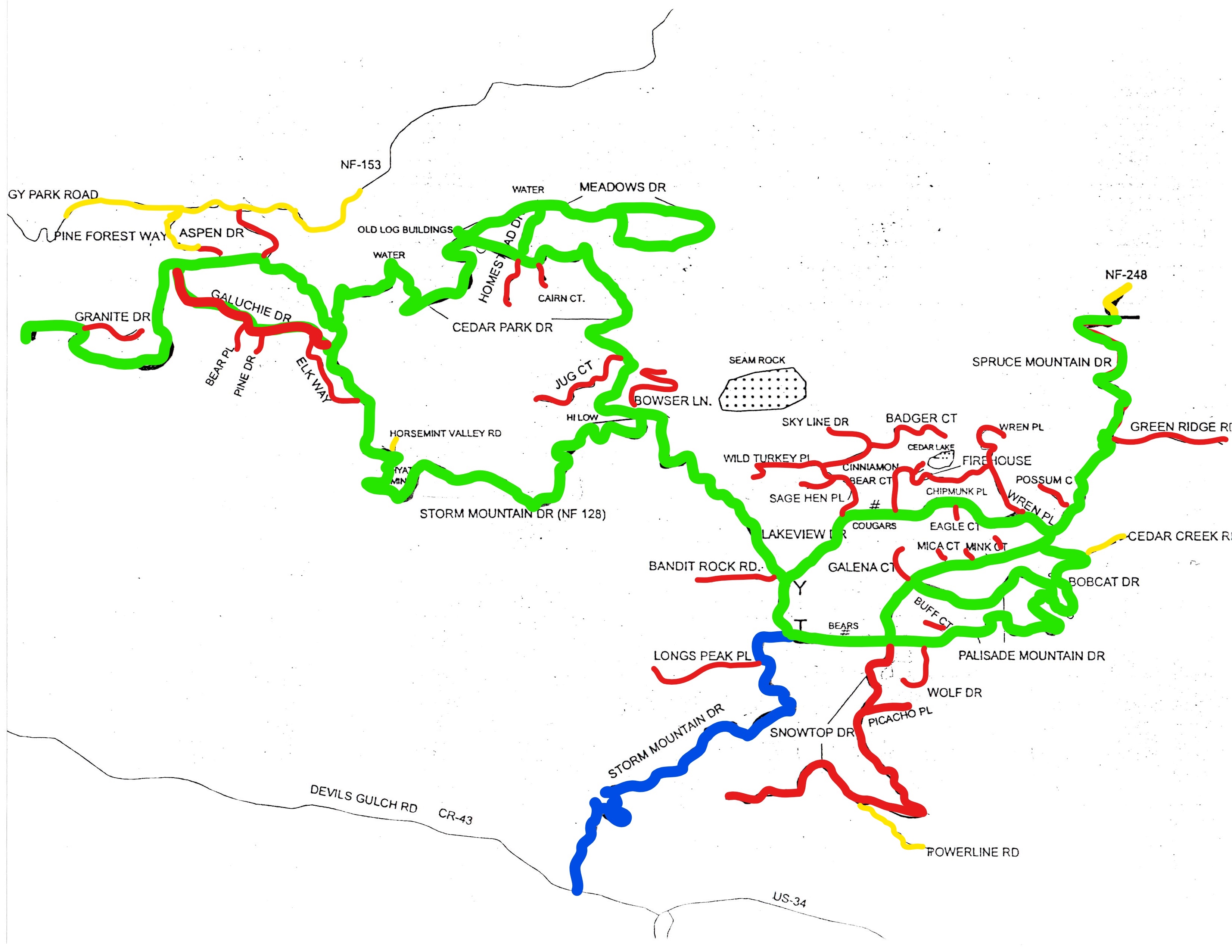